The Rebirth of a Wise Owl

Quite a few years ago now I started drawing maps for game companies. The map business was slow because all my clients were Muggles who wanted directions to their shop or a ring road displayed in layers so I offered to do a map for a friend and it grew from there.

My first major run of maps was for a company I respected greatly and for a man I think of as a lost brother. That man is Tom Lynch. He released a series of books under his company name of Miskatonic River Press with ‘Doc’ Herber, who very sadly passed away early into the endeavour.

MRP released a series of books which were widely acclaimed and praised by everyone as fitting to both Doc’s and HPL’s memory. They just ‘feel’ Lovecraft Country. I had the honour of doing the maps for most of the Call of Cthulhu books released including Doc’s town of Foxfield, a small community on the Miskatonic. Seemingly decent and god-fearing on the outside, it doesn’t pay to delve too deep into its standards of decency or to which God they fear.

Unfortunately, teaching, family, and other priorities meant that Tom had to shut up shop a couple of years ago. Many of us were extremely saddened to hear this as it meant an end to one of our favourite games companies.

The good news is Tom is still writing and scaring readers anew with his fiction! Other news is a little bitter/sweet. Bitter because developments mean that Miskatonic River Press’ is no longer releasing game books. Sweet because I’ve made a deal with Tom to purchase and release four of Miskatonic River Press’ titles. I’m honoured that Tom thinks I am worthy of this. I am determined not to let him down.

I hope you’ll join me on our journey through Lovecraft Country and if we get lost, we can always ask directions from a wise old owl, resting on a bare tree branch, lit by the full moon. 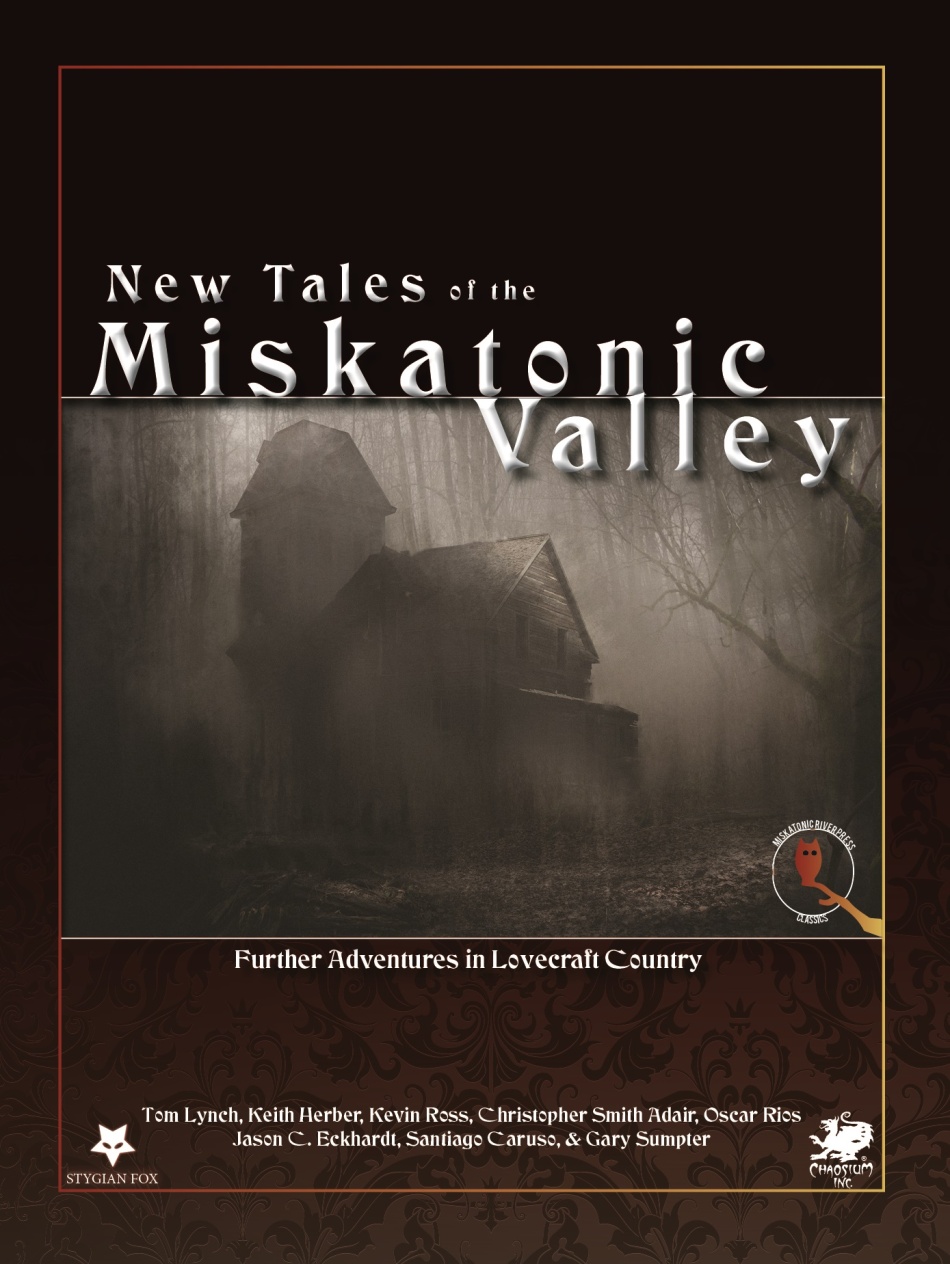 Our product sale is now on at DriveThruRPG and RPGNow.com with 50% off on our PDFs until Christmas Eve!